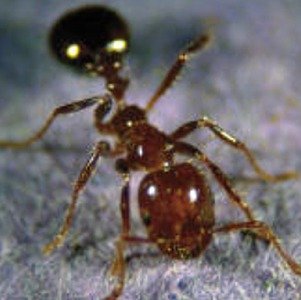 They respond rapidly and aggressively to any disturbance of the colony or to a food source. A single fire ant can sting repeatedly and will continue to do so even after its venom sac has been depleted. The sting initially results in a localized intense burning sensation (hence the name “fire” ant).

This is followed within 24 – 48 hours by formation of a white pustule at the sting site. These pustules can become sites of secondary infection if not kept clean and can leave permanent scarring.

Ants of the genus Solenopsis are commonly called fire ants. They are called fire ants not only because of their reddish coloration but their sting which can cause a burning pain. Though the sting is generally less powerful than other ants, 􀃘re ants are more aggressive and will sting much more often. The two species found in the Austin area are solenopsis invicta and solenopsis geminate .

Solenopsis invicta are of a smaller body type are very similar to their larger cousins. They are very adaptive and are viewed as an invasive species nearly everywhere they are found.

Fire ants are predacious, foraging for dead animals or outright killing them. Their food includes insects, and other ants. Also much to the chagrin of humans, they are known to enter homes in search of sugars, proteins, and fats. Fire ants are of a more internally competitive nature than most ants. Queen competition is common and at times workers will attack queens who are less productive for the colony as a whole. They are often seen as an invasive species and have ill effects on an ecosystem because they push out other ant species. 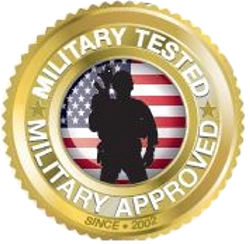